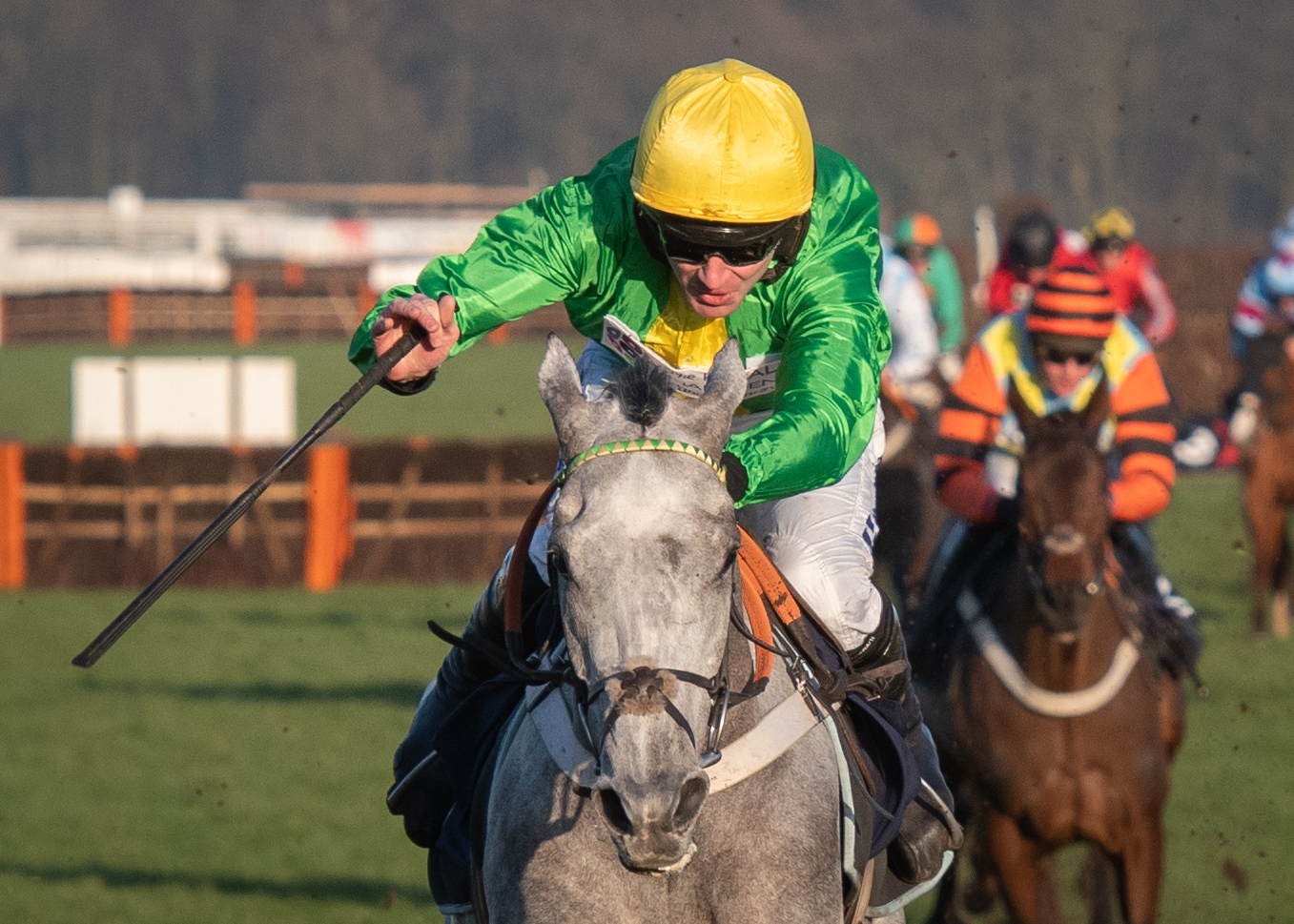 WHAT A BUZZ FOR THURLOE ROYAL MARSDEN

Buzz kept his unbeaten record over hurdles in tact with an exciting victory at Doncaster on Thursday, 6th February.  He beat the strongly fancied favourite Glory And Fortune by a cosy neck leaving the rest of the field stretched out all over South Yorkshire!!  Unfortunately, due to the low sun, they cut out the last three hurdles in the straight leaving only five to jump and, as a result, there was a three furlong run in from the final hurdle.

Buzz was very relaxed in the preliminaries and went down to the start much more settled than he was at Taunton.  Glory And Fortune set the pace with Buzz tracking him and jumping the five hurdles really well.  Glory And Fortune kicked for home two furlongs from the finish, but Buzz had his move covered and sat on the leader’s tail until well inside the final furlong where he pounced and took up the running late on.  We know that Glory And Fortune is really highly thought of by his trainer Tom Lacey so today’s performance was a big step up on his win at Taunton.   His jockey, Jeremiah McGrath, said that although Buzz was slightly keen at the beginning, he settled really well and was a genuine and talented horse.