Willie is an exciting addition to the Thurloe training roster.  His record speaks for itself; he was crowned Champion National Hunt trainer in Ireland for the 10th consecutive season last year and came within a whisker of taking the English title in 2016.  He is the leading Irish trainer at the Cheltenham Festival where his winners have included the great Champion Hurdler Hurricane Fly, Faugheen, Annie Power and Douvan. He also won the 2005 Grand National with Hedgehunter. Willie has also had huge success on the flat with winners at Royal Ascot and further afield in Australia with Max Dynamite finishing second in the 2015 running of the Melbourne Cup. Willie is assisted by son Patrick who is a successful amateur jockey in his own right, with numerous winners at the Cheltenham and Punchestown Festivals.

Willie is the first of the Thurloe Ireland trainers and has Scarpeta. 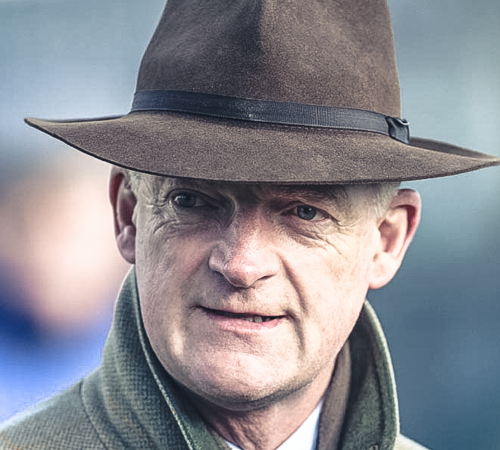