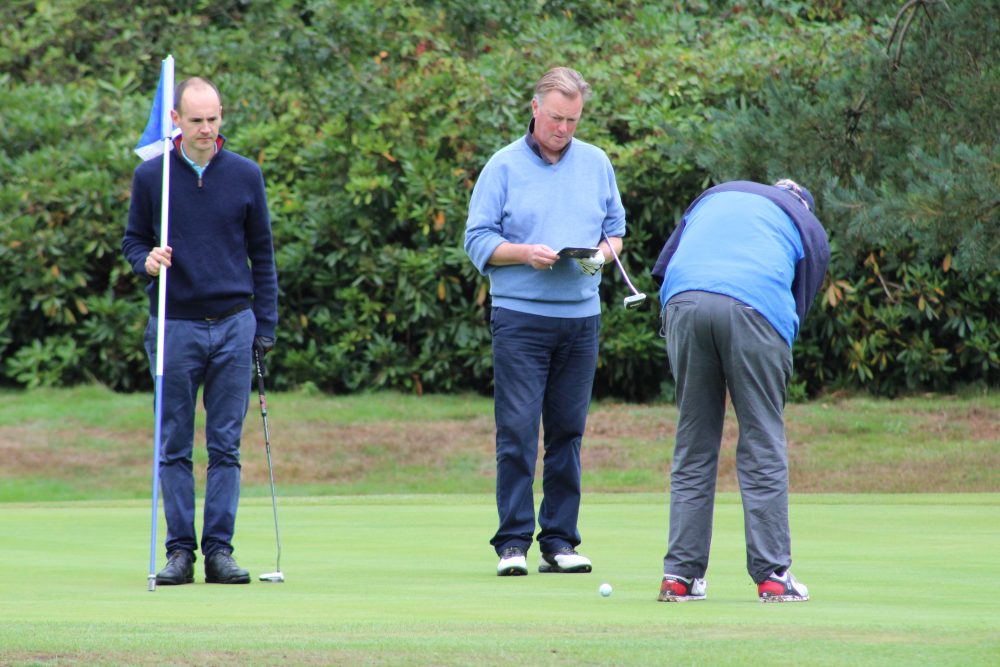 On the 12th September Thurloe members and trainers who included Andrew Balding, Hughie Morrison, Sylvester Kirk and George Baker assembled for breakfast at the Berkshire Golf Club on a grey but fortunately dry day.  Balthazar Fabricius who heads up Fitzdares bookmakers arrived with a book on the event and players soon got involved in backing themselves and others to scoop first prize.

Oliver Pawle who had recently played a very good round at the course was popular, so too was Berkshire member Penny Cullis.

Handicaps were well researched and highly scrutinised to try and ensure no bandits slipped through the net.

The party was split into teams of three to fight out a team prize.

There was some very good golf played;  Sylvester Kirk made a fast start while Mark Cannon Brooks put together a tidy round  and George Baker outplayed his 18 handicap.

Bookmakers always win they say and this Golf Day was no exception.

Balthazar not only won the individual competition with a score of 39 but it was a skinner for Fitzdares as no-one backed him. 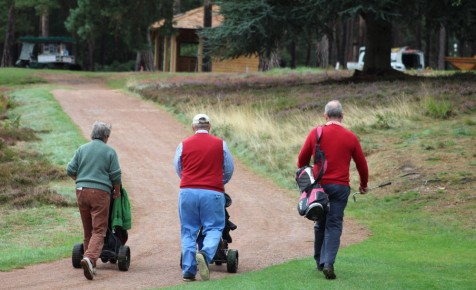