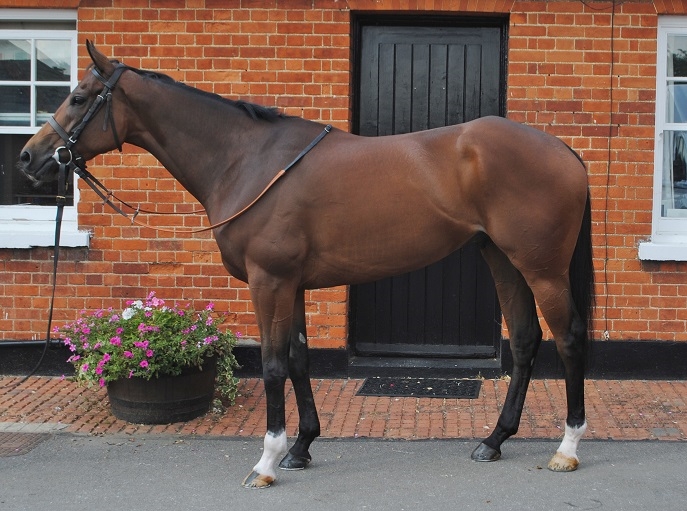 The Tattersalls Horses In Training Sale will commence tomorrow and our two smart middle distance horses – American Artist and Scrutinise will both go through the ring.

American Artist, a four year old gelding by Danehill Dancer has been a brilliant servant to his owners having won four and placed four out of his fifteen starts. AA started his career impressively when winning second time out at Goodwood – proving what an exciting horse he was early on. He had a particularly successful season as a three year old, finishing in the frame in all bar one of his races. His third in the Silver Cambridgeshire in 2015 was a career highlight where he would have gone closer if it wasn’t for the stop start nature of the race. AA went into the 2016 season on a rating of 90 which shot up to 92 after a terrific first run back at Doncaster where he finished second. On Saturday, he returned to Doncaster for his final outing for Thurloe. He proved how much he relishes the northern track with a career best third, beaten a half length by the winner. It is clear that AA is a true 10 furlong horse and he holds plenty of potential to continue running well at this level.

American Artist is lot 1117 and goes through the ring on Wednesday 26th October.

Scrutinise, the Ed Dunlop trained son of Intense Focus is a half brother to the very talented Grumeti. Previously owned by Thurloe, Grumeti went onto compete at the highest level over hurdles for Alan King. Scrutinise has shown so far that he has every inch the same talent as his brother did on the flat. Scrutinise has won three and has placed six times from sixteen run. This season he reached a BHA career best rating of 98. Scrutinise is a versatile type having won at both 10 furlongs and one mile four furlongs. He has shown how courageous he is, really sticking his neck out on several occasions most notably at Sandown where he was just denied by the winner who he was giving four pounds to. Scrutinise is a lovely moving horse who we feel will make a very exciting jumps prospect.

Scrutinise is lot 220 and goes through the ring on Monday 24th October.