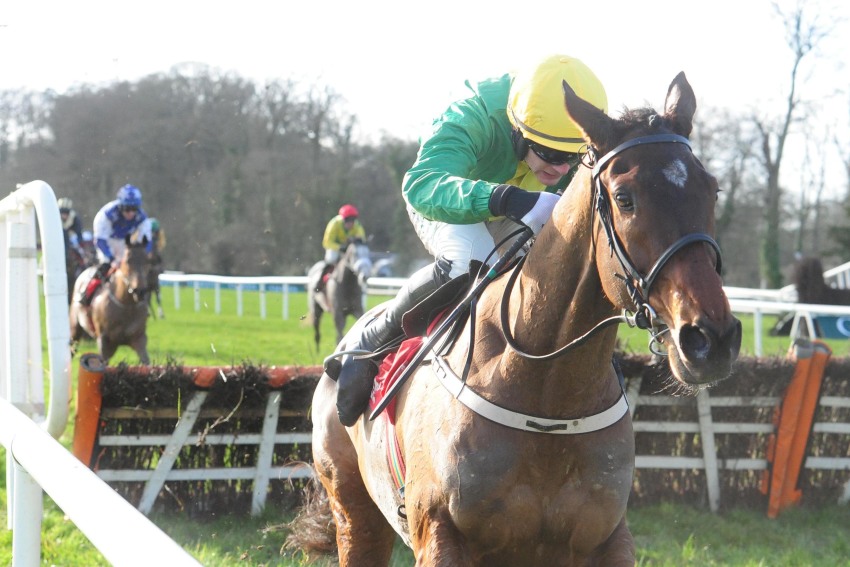 25/01/2018: Scarpeta put in a thrilling performance, in testing conditions to win the Langton House Hotel Maiden at Gowran Park.

The five year old by Solider of Fortune ran out a decisive winner on his second run for Thurloe Ireland and Willie Mullins, winning easily by 17 lengths.

He disputed the lead from the off, and despite being a little novicey at his first few flights, his jumping improved as the race continued and he was soon in a nice rhythm.

Four horses jumped the second last in tandem, but it was Scarpeta, under jockey Paul Townend,  who quickened up impressively to draw clear right up to the finishing line.

Paul Townend said after the race “Scarpeta handled the ground as well as any horse will today. He will probably step up in trip, he improved for the first day and he’ll probably improve again.”

He looks to be an exciting horse for the future for our Thurloe Ireland team to have fun with!