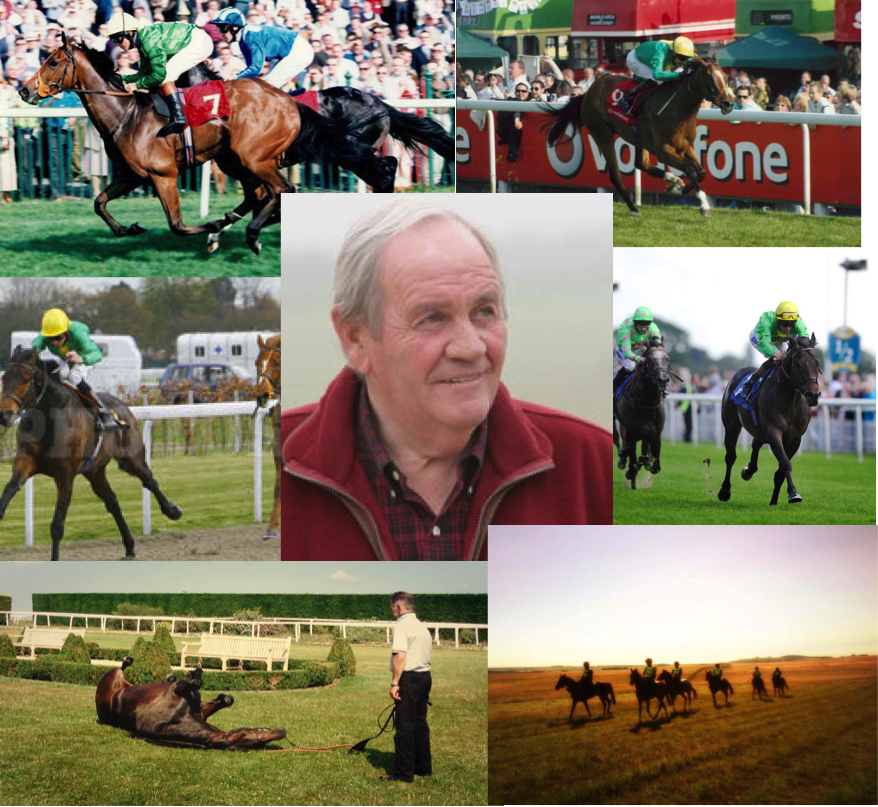 Thurloe’s most successful trainer, Richard Hannon, announced yesterday that he will be handing over the reins to his son, Richard jnr from January 1st. A close friend to Thurloe and the longest running trainer, Richard has trained Thurloe horses since the beginning and has tallied over 100 winners for us. The most prolific have included our beautiful mare Nanoushka (pictured top left) whom won the Summer Stakes, Chartwell Stakes and Charlotte Stakes from 1998-9. This year, he has trained for us our 111 rated, listed winner Baltic Knight (middle right and bottom left), whom won the Ganton Stakes at York this summer. Richard has given us some incredibly memorable days including Song of Passion’s (top right) victories at Epsom on Oaks day in 2006 and Derby Day in 2007. He has openly commented that this is not a retirement and that he will be on hand on the gallops with the horses as much as ever. Next season, under Richard Hannon jnr’s name we will have Pretty Flemingo, Baltic Knight and our new Rip Van Winkle filly in training.