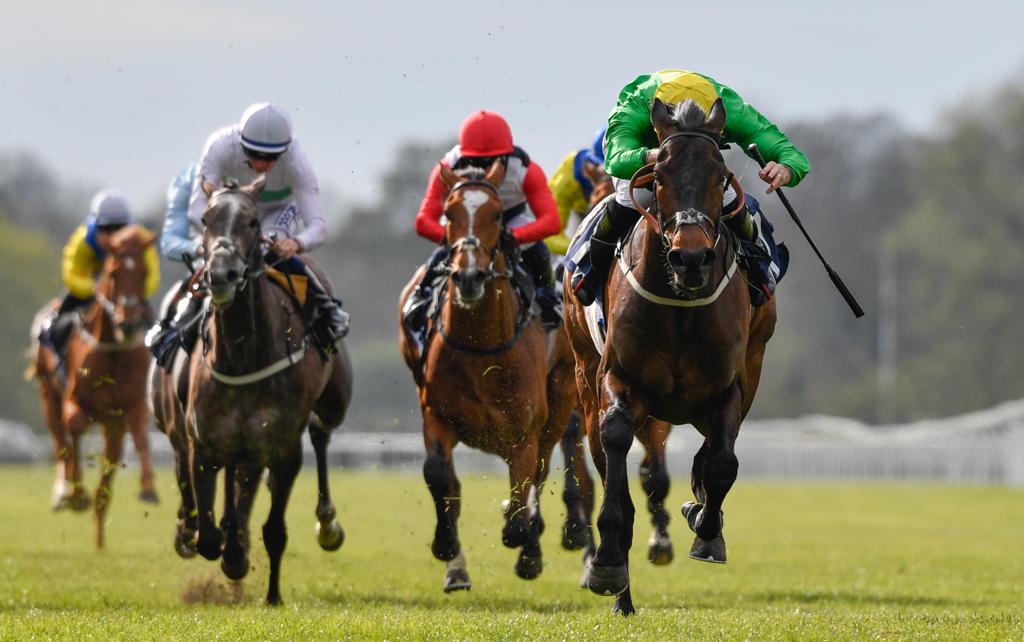 MAKSUD TO HEAD TO ROYAL ASCOT

MAKSUD is being prepared for a tilt at the Hampton Court Stakes at Royal Ascot next Thursday, 16th June. The three year old son of Golden Horn was a winner on his first start at Windsor in April, beating some experienced and well bred rivals with plenty of authority. MAKSUD came forward for the run and he was sent to the Listed Cocked Hat Stakes at Goodwood for just his second run to test his ability at the next level. With just a field of six taking part, the race was run at a very sedate pace which didn’t suit MAKSUD who raced keenly early on for Jim Crowley. As the race began to develop, MAKSUD began to travel strongly, vying for the lead with Godolphin’s Aldous Huxley. But having travelled really powerfully from the three to the two furlong pole, in the last furlong he began to tire, with the keenness he showed in the early part of the race perhaps coming into effect. He finished a very pleasing fourth, beaten just one and a half length by the eventual winner, Lionel.

We were extremely pleased with MAKSUD who will have benefitted from the experience and proved he is very much capable at running to a high level in this company. The Hampton Court Stakes at Royal Ascot looks to be another good opportunity for him, with a trip of 1m 2f and open to three year old colts, fillies and geldings. We hope there will be a strong field size to ensure a decent gallop to allow MAKSUD to settle early on. This will only be his third start but he is learning and developing well from race to race and deserves a try on this big stage.

Hughie Morrison has been delighted with the way he has strengthened up from these two runs – he most certainly has exceeded our expectations this early on. He was purchased from the Shadwell dispersal sale at last Autumn’s Horses In Training Sale for 60,000gns with Anthony Bromley.