This is a rangy, correct filly with a lovely step. She is by the multiple Group One winning sire, RIP VAN WINKLE. Her dam, Private Eye, was a Listed winner at two and has produced three above average offspring with her first three foals. Her first was an easy winner first time out and also fourth in a Listed race. Her second, My Valentine, won twice and was second three times in his first five starts including a Listed race. Her third foal, La Peregrina, won her maiden comfortably four days after we bought this filly, so her mother is now three from three.  Trainer John Hammond is very pleased with the way she is progressing at this early stage. 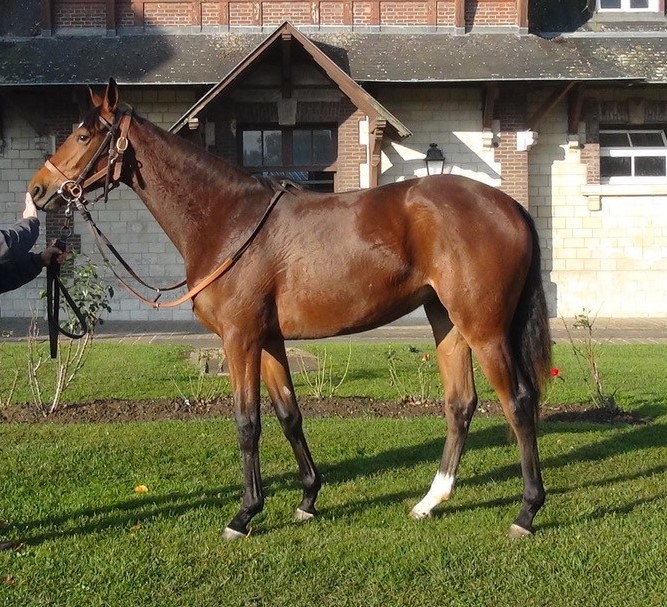