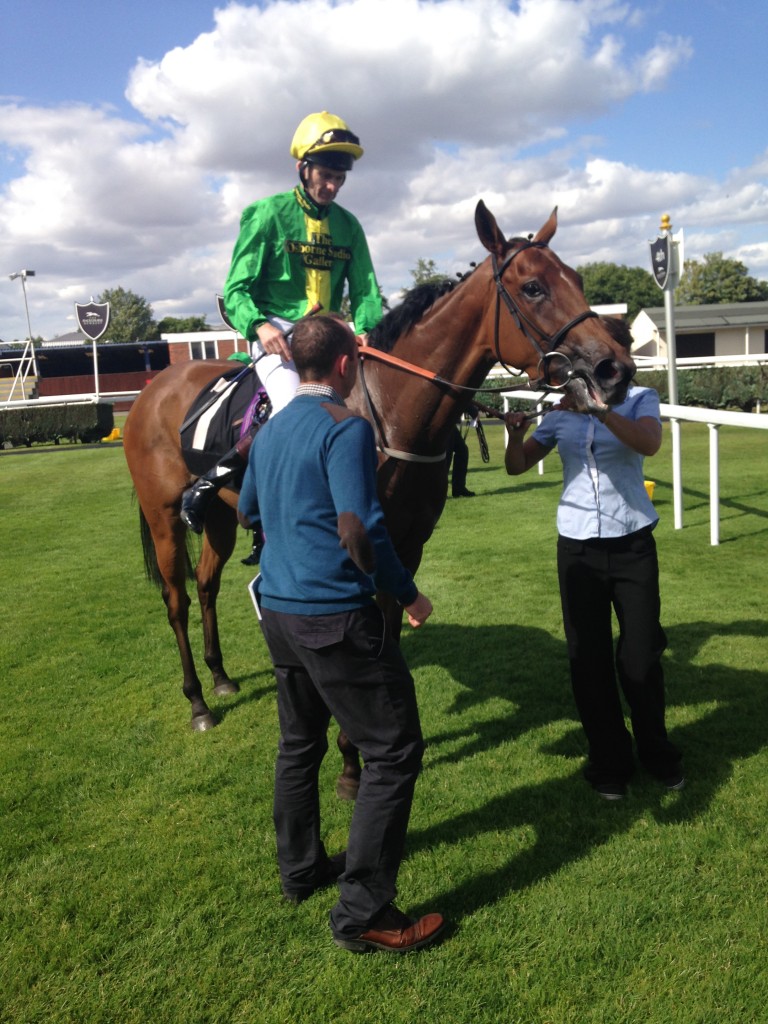 Cascading and Galago both produced thrilling performances to finish third in their races at Newbury yesterday.

Galago was back at Newbury for his second run in the maiden race and he look a much improved horse in the paddock before hand and during the race. He broke well, travelled nicely and looked the winner a furlong out before being swept up on the line by Carry on Deryk. The hot favourite, Acrra Beach, was a neck in front of Galago.

Cascading was stepping up in grade with her first attempt in listed company in the Chalice Stakes at Newbury yesterday. She led all the way round and really enjoyed these front running tactics, staying on to keep off the challenge of the other fillies. In the final furlong she was passed by Luca Cumani’s Silk Sari and David Simcock’s Moment in Time, two horses rated more than 15lbs above her in the handicap. This was an outstanding performance after gambling with the chance of upping her in grade. She has confirmed that she is capable of running competitively in this type of company and so the plan next for her may be the Park Hill Stakes at Doncaster.