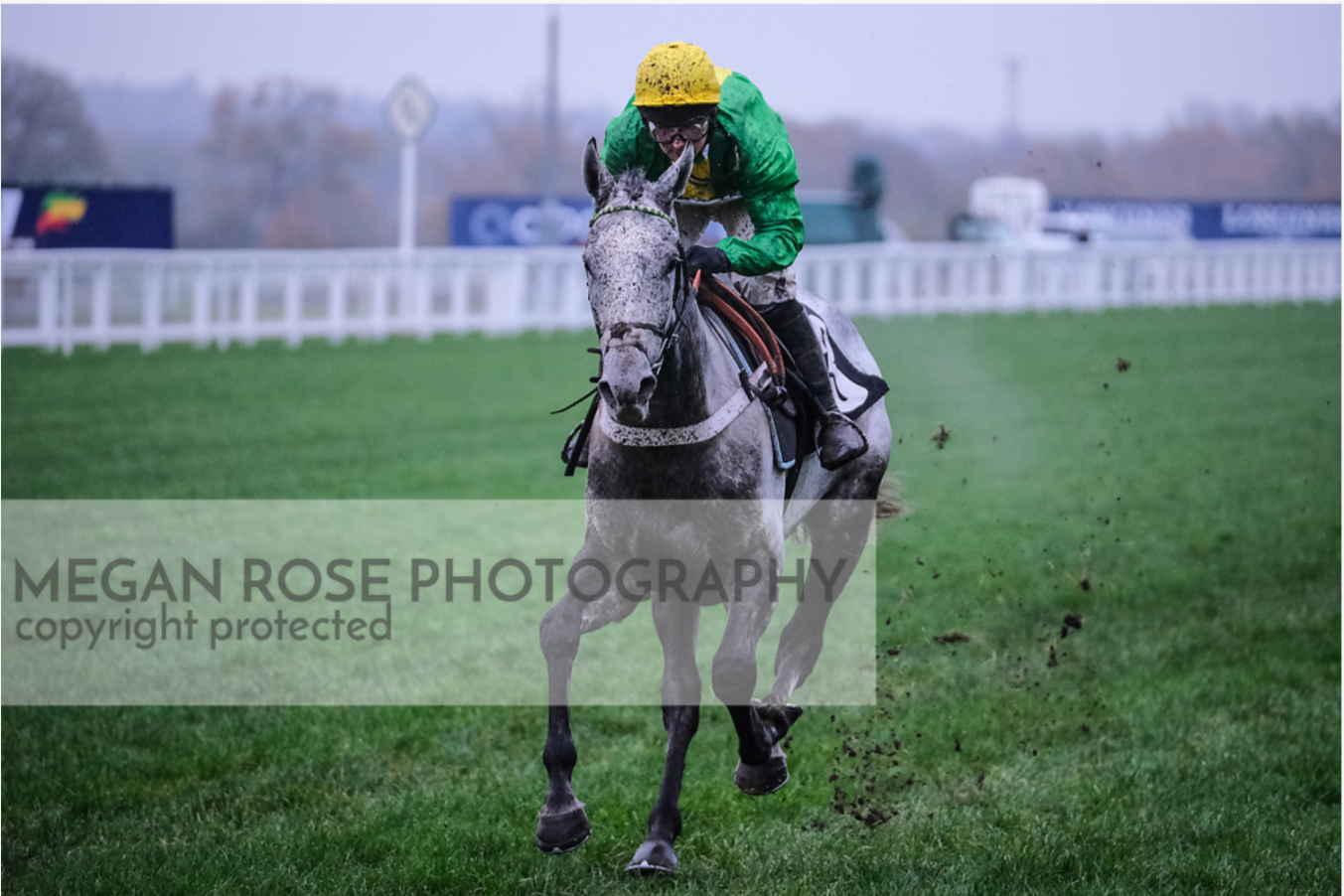 BUZZ BOLTS UP AT ASCOT

Thurloe for The Royal Marsden Cancer Charity were back in the winners enclosure with a spectacular victory at Ascot on Friday. The Nicky Henderson trained grey came into this Handicap Hurdle off the back of a very good third in the Welsh Champion Hurdle and so it was unsurprising that he went off a short price favourite.

With Nico de Boinville on board, Buzz settled nicely early on and jumped fluently in the main. Coming around Swinley Bottom, he was slightly niggled by Nico to keep on the tail of the leaders but other than that his rider seemed very happy all the way round. Down the straight, with one to jump he breezed up alongside long time leader Rosie and Millie and took the last easily. It was here that Nico asked Buzz to go on and he did so impressively, powering on to win by seven lengths.

Buzz confirmed himself a really smart horse and the handicapper has reacted in respect of the taking victory. He has now gone up eleven pounds to a mark of 148 which doesn’t give him many handicap options. He will now be prepped for the £80,000 Betfair Exchange Trophy back at Ascot over the same distance.