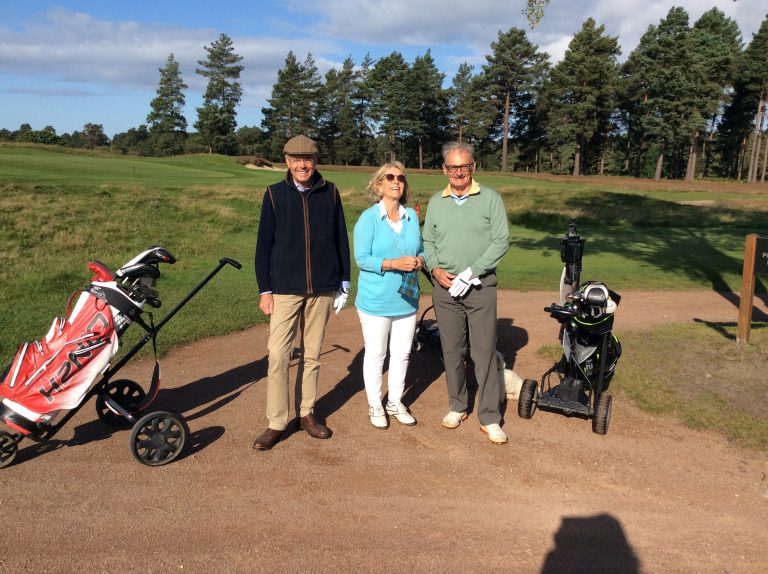 Joint Top Scorers were Ian Barlow and Barry Fenton with 33.

On Tuesday 12th September Thurloe held its 17th annual golf day at The Berkshire Golf Club.  In beautiful sunshine, 27 golfers were divided into teams of three and after swift breakfast made their way to the Red Course.

Players competed off their handicaps and some excellent golf was played.

Barry Fenton made a blistering start that continued throughout the morning. He soon held both the longest drive and nearest the pin. But he wasn’t resting on his laurels, rumours were spreading that Sylvester Kirk was murdering the golf ball.

Some tidy rounds were being put together, especially by Ian Barlow. Andrew Balding had a mixed bag but pulled of a remarkable trick shot out a bumper, miraculously caught on film by Nicky.

Hughie ‘Hacker’ Morrison surprisingly didn’t live up to his alias and was finding plenty of fairways, inspiring his team to some low scores.

Betfair guru James Midmer showed himself to be a powerful golfer and hit a massive drive looking unlikely to be bettered.

As the afternoon approached jumpers and golf shoes were traded for jackets and ties as everyone headed to the clubhouse for a lovely three course lunch.