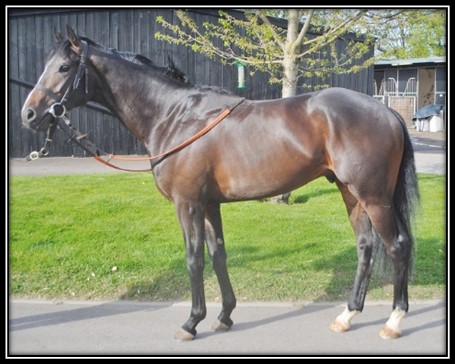 It has been a busy couple of weeks for Thurloe runners with Hope Against Hope and Oceanus making their debuts in two days of each other. Hope Against Hope, a filly by Dark Angel was our first runner with Mark Johnston and traveled to Newmarket for her first run over six furlongs. She showed up really well for the first five furlongs but blew up with a furlong to go, proving that five furlongs looks to be her optimum trip. She has since run at Carlisle where she finished second to a very impressive filly of Karl Burke, Tahoo.

Oceanus went to Newbury on 13th May for his first outing. The son of Born to Sea was up against Frankel‘s first two year old runner, Cunco so, as expected, all eyes were on the race! Oceanus broke well and traveled really nicely until Isomer and Cunco pulled away – with Cunco winning very impressively in the end! It took the son of Frankel eight minutes to pull up! Oceanus finished a very respectable third behind these two horses, only beaten 3 1/2lengths by the eventual winner.